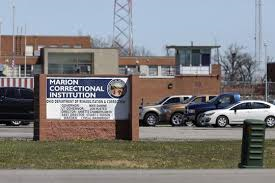 John Dawson, a Marion Correctional Institution (MCI) officer, died on April 8, 2020 from COVID-19, the first Ohio corrections officer to die of the disease.

Dawson, 55 years old, tested positive on March 30. He was the second MCI corrections officer to test positive for the virus.

A fellow corrections officer at MCI told a local newspaper he has known Dawson for about 20 years and said “if you wanted a laugh, all you had to do was go talk to him, and he would make you laugh. He always had a good attitude,” he said. “It’s going to be a terrible loss.”

Since John’s death, conditions have only gotten worse. Marion Correctional Institution is now the largest reported source of virus infections in the United States, according to a New York Times database.

As of April 19, 2020, MCI had more confirmed positive cases of COVID-19 than any county in Ohio. Out of the 2,564 inmates at MCI, there were a shocking 1,828 positive tests (71%) among its inmate population with 109 staff members also testing positive.

ODRC’s updated numbers from May 5, 2020 show there are 1,529 inmates that have confirmed positive tests (60%) with 175 staff members also testing positive. The death toll for confirmed COVID-19 related inmate deaths is now up to 11.

How Did We Get Here?

Interviews with inmates and activists reveal a number of reasons they say are to blame, including lags in getting test results, inadequate cleaning, no social-distancing measures, and lack of hand sanitizer and other personal hygiene and protective supplies.

Social distancing is also a problem. LaNair Parker lives in a dorm at MCI with about 90 people, where he said their bunks are about three feet away from each other, making social distancing virtually impossible.

Corrections officers are also sounding off about the frightening conditions in the Marion Correctional Institution. Officers say they are understaffed with so many out sick, forced to work double shifts for days straight, and lack personal protective gear.

In contrast, Governor DeWine stated that “prisons are being well run” and “have adequate (personal protection) equipment today,” including N95 masks and gloves.

Governor DeWine has taken some steps toward ameliorating the ravages COVID-19 has had on MCI through testing and decarceration.

Thus far, those efforts have proven inadequate. About one out of five confirmed virus cases in Ohio is now connected with the state’s prison system, according to statewide figures.

Governor DeWine has authorized blanket testing for three prisons, including Marion. However, seven other prisons in Ohio with confirmed coronavirus are not receiving that level of testing. Going forward, Ohio isn’t going to test every prison. Ohio’s prison officials will test specific individuals who are showing symptoms or are being released.

Gary Daniels, the ACLU of Ohio’s chief lobbyist, said that expanded testing isn’t enough: “What additional testing does not accomplish is rapid, broad & smart reduction of Ohio prisons, now 10K above capacity. With (now) 8 quarantined DRC facilities, assume every facility is exposed. Plan A is simply not working and we are wasting precious time.”

Of those, Governor DeWine has approved the release of just 105 Ohio inmates nearing the ends of their sentences due to the coronavirus outbreak.

Only 3 were from Marion Correctional Institution.

Civil rights advocates call on the governor to recommend the release of more of Ohio’s prisoners. The ACLU proposed releasing prisoners with health problems, those over 60 years old, inmates with less than six months remaining on their sentences, prisoners incarcerated for drug possession, non-violent offenders, and lower-level offenders.

ACLU of Ohio Executive Director J. Bennet Guess urged DeWine in an op-ed to significantly reduce the state’s prison population stating, “COVID-19 should not be a death sentence for all who find themselves behind bars right now.”

Prisoners are now asking the courts to step in through the process of judicial release. Under Ohio law, prisoners may, after serving part of their sentence, ask a judge to release them from prison early and place them under supervision in the community.

Normally, when a prisoner files for judicial release, they point to their good behavior in prison or to the educational or job training classes they completed or to the job awaiting them and family support they will have upon release.

Now, they also point to the ongoing threat of the novel coronavirus pandemic.

In its decision, the high court said it did not have the power to compel DeWine or the state legislature to order the prisoner’s release under the specific legal action he had taken.

However, Justice Michael Donnelly had very strong words for the governor and Ohio’s General Assembly about the state’s prisons related to the crisis stating, “Ohio’s government needs to take serious, unprecedented steps to prevent the catastrophe of unmitigated spread of COVID-19 to the tens of thousands of prisoners in Ohio as well as to the tens of thousands of people who are prison employees.”

Ohio Supreme Court Chief Justice Maureen O’Connor has also made a number of recommendations to guide local courts. These directives include items such as:

However, these are guidelines, not orders or mandates, leaving many Ohio courthouses to their own devices. The result is that nearly every courthouse has instituted different rules, leaving both courthouse staff and people who have open cases around the state subjected to varying levels of risk depending on where they live.

The disarray has led Hamilton County Common Pleas Court Tom Heekin to write a letter to O’Connor in which he pleaded for her to use her authority to issue uniform rules. “This is not the time for discretionary rule-making to fall on state courts,” Heekin wrote.

“Why wouldn’t each county be different if they are tailoring to their local needs,” Spokesman Ed Miller asked.

Jon Paul Rion, a past president of the Ohio Association of Criminal Defense Lawyers said he understands the court’s positions but agrees that what’s missing is a uniform message from the Ohio Supreme Court about the emergent and seriousness of the situation.

“We could set up some standard that would create a presumption of release,” Rion said. “… Even if there was just an encouragement to acknowledge the situation … that would set the tone at least for the emergency that I think that we’re in.”

Despite the lack of rule uniformity, Justice O’Connor’s directives have had some positive influences on slowing down the spread of COVID-19. Governor DeWine stated that Ohio dropped its overall prison population by 311 inmates because of the efforts of the local courts to reduce their jail populations and to hold only critical hearings.

“Recent news reports have revealed that little to nothing has been done to comply with COVID-19 safety guidelines in these facilities.”
— Sen. Sandra Williams (D, Cleveland), in a letter to Gov. DeWine & Lt. Gov. Husted.